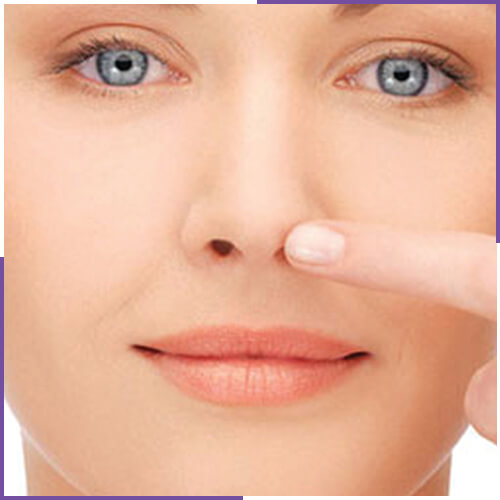 What are the advantages of CLOSED rhinoplasty?
Closed rhinoplasty rhinoplasty is one of the most preferred surgical techniques today. Problems in the nose are eliminated with small incisions opened in both nostrils. With closed technique, there is no need to open the soft tissues inside the nose. In this way, the skin and soft tissue are much less damaged. The healing process of the nose is faster. There are no scars on the tip of the nose.

Closed rhinoplasty technique can be used to treat all kinds of rhinoplasty problems. It can be used in cases such as nasal bone curvature, nasal arch, nasal back, nose tip, nose wings and similar cases. In closed rhinoplasty, nose malformation can be treated by entering the incisions that are opened through the nostrils with rhinoplasty and filing techniques without breaking them. Cartilage tissue transplantation can be performed if necessary.

WHAT ARE THE STEPS FOR APPLICATION ?
Closed rhinoplasty is performed under general anesthesia with an operation lasting an average of 1.5 hours. The type of anesthesia to be used is determined according to the size of the intervention in the nose, the general health status of the patient, the choice of the patient and the surgeon. However, many surgeons prefer to use general anesthesia. After surgery, silicone tampons and thermoplastic wires are used, which provide comfortable breathing.A protective tape is attached to the nose. These bands have a variety of colors, including skin color. Thus, the use of plaster and tampons has been eliminated as in traditional methods. 5 or 7 days after the operation, the wires are removed. The stitches in the nose do not need to be removed because they are spontaneous dissolvable stitches.

Closed rhinoplasty is applied to patients with minimal aesthetic problems that do not require intervention in the septum. Recently, surgical techniques, which are combinations of indoor and outdoor techniques, are also widely used today. Letdown and push-back techniques can be used in appropriate patients in shaping the bone roof.