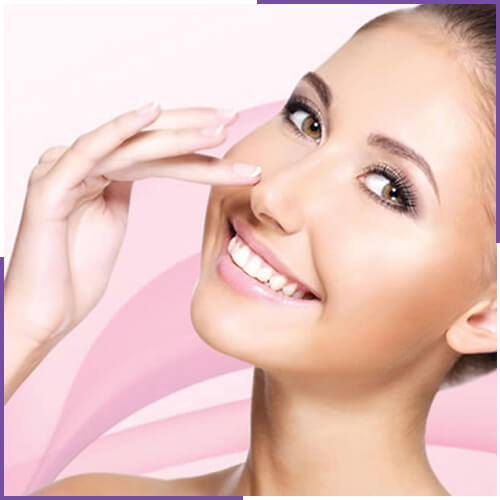 WHAT IS OPEN RHINOPLASTY?
One of the techniques of rhinoplasty surgery is open rhinoplasty, which is initiated by making an incision in the form of an inverted “v” or “z” from the outer part of the compartment (collumella) between the nostrils. It is a surgical technique performed by removing skin and subcutaneous tissues and interfering with nasal bones and cartilage.

WHAT ARE THE STEPS FOR APPLICATION ?
Open rhinoplasty, one of the surgical techniques of rhinoplasty, offers more intervention than closed technique. The internal structure of the nose, cartilage and soft tissue become more visible. Nose tip aesthetics and revision are especially preferred in rhinoplasty. The operation is performed in approximately 1.5-2 hours under general anesthesia. After the operation, cold compression is applied for the first 24 hours to prevent the formation of bruising and swelling. The patient is discharged after the day. On 5-7 days, silicone tampons inside the nose and thermoplastic splints on the nose are removed. Shaping the nose and getting rid of edema lasts approximately 1 months. The patient’s respiratory complaints will end between approximately 3 to 6 months after the edema gets back on track. There is a possibility of scarring at the tip of the nose due to the inverted “V” incision opened in open rhinoplasty. As these stitch marks heal, they become obscure.

In open rhinoplasty, disfigurements, curvatures, insufficient areas of cartilage can be noticed and repaired by aesthetic rhinoplasty. If there are collapsed areas, cartilage fragments can be added and excess part can be cut off. It provides a much more detailed analysis of the problem within the nose in case of continuation or emergence of functional and physical problems in the nose even though rhinoplasty has been undergone before. The clear detection of structural defects in the nose and revision help to plan the rhinoplasty much more accurately.

The technique used in rhinoplasty is a technique in which the surgeon has a lot of experience. Nowadays, there is no difference between open and closed technique and procedures that can be performed on the nose. Both techniques can be easily used to eliminate possible problems in rhinoplasty. 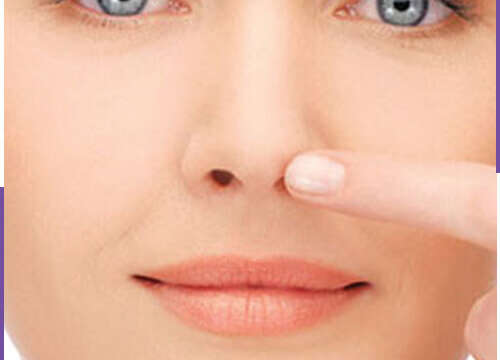